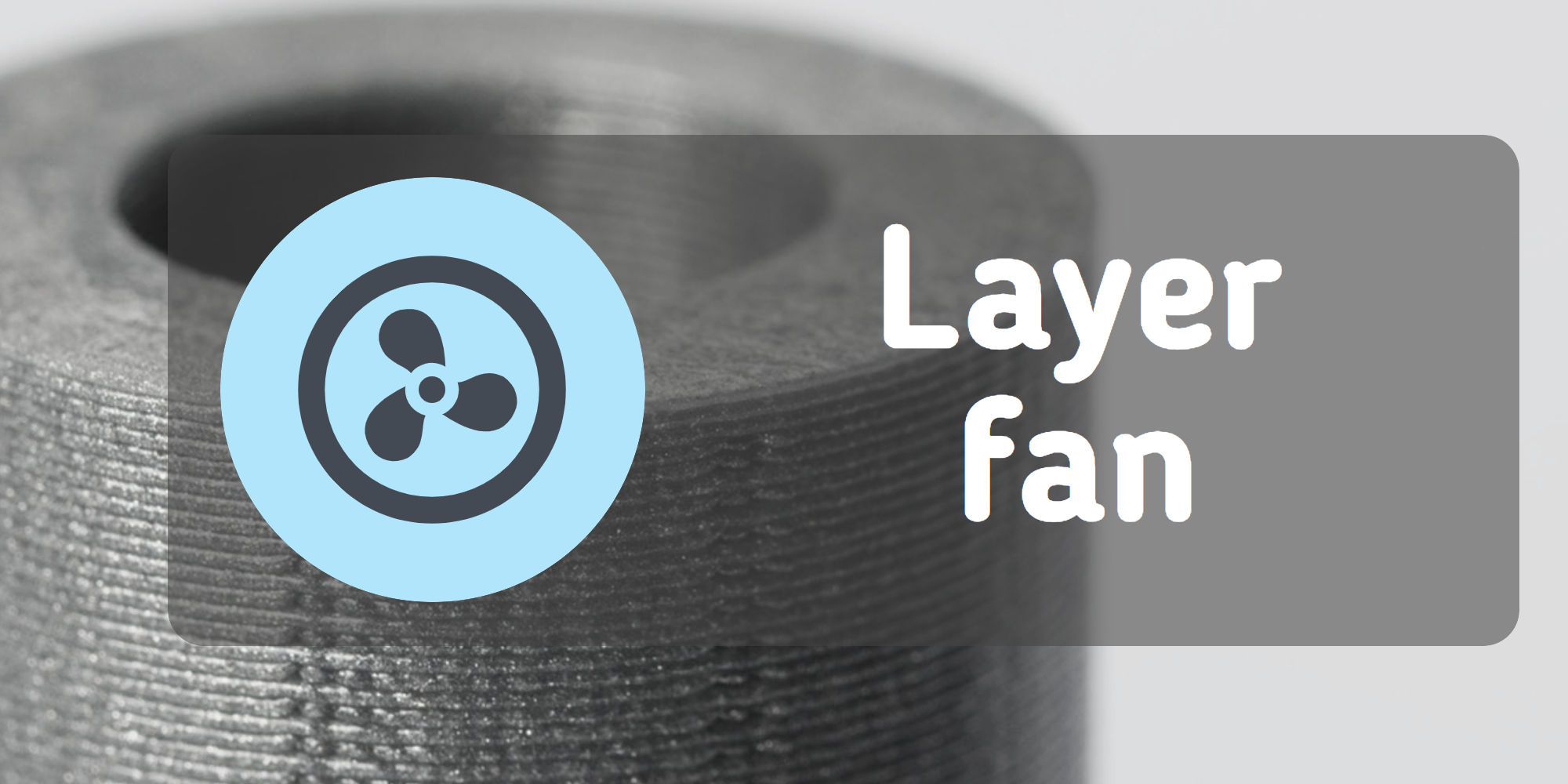 🌬 The layer fan is one of the most important parts of our 3D printer.
What is it? What is it used for? We give you all the keys.

What is the layer fan and why is it so important

What is the layer fan? The layer fan is a small fan placed in the 3D printer head, aimed at the printed part and cools the plastic as it comes out of the hot end.

The job of the layer fan is to cool the plastic once it has been deposited so that the part solidifies quickly and the molten plastic does not become deformed. A well-fitted layer fan is one of the keys to quality 3D printing.

You don’t believe me? Here’s a comparison of printing a part with and without a layer fan and you can see how the definition of the part increases dramatically when the fan is turned on:

When we look at the head of our printer, many times we realize that there is not one, but two fans. Most printers have these two fans that serve different functions:

The layer fan according to the materials you print on

How do I set up the layer fan?

Okay, we know what we have to do with the layer fan depending on the material. Now, how do I set it up? The layer fan is programmed from the laminator, where we can adjust its power from 0% to 100% and we will also have other options (leave it off for the first layers, put it at maximum power in the bridges, etc)

The most famous premium layer fans are the models from Noctua, an Austrian brand that manufactures silent fans.

They became popular when Prusa incorporated them into its Prusa i3 Original, and since then they have been the preferred choice for those who want their printer to be quiet.

The only disadvantage they have is that they can’t be found in 30x30mm size (the size that most extruder fans have, including the V6), so they can’t be used to cool the hotend, they can only be used as a layer fan.

See the price of the Noctua Fan in Amazon

What other options are there?

There are also many other models of layer fans. If you don’t need it to be silent any other model will do, be it radial or axial fans (its more powerful big brother):

The 30x30mm fans are the most used size for cooling the hotend. If you are looking for a fan to fix the hotend, this is the size you will have to use.

It is the layer fan on the Anet A8 for cooling its parts, for example.